Cornellà’s new 85 Social housing units in the city of Barcelona is a 12.815,55 SQM residential project built using a total of 8,300 SQM of zero KM wood. In the year 2017, the Spanish firm Peris + Toral Arquitectes won the competition organised by the Metropolitan Area of Barcelona and fostered by IMPSOL (Instituto Metropolitano de Promoción de Suelo) to design subsidized housing Apartments. The site was previously home to the iconic Pisa cinema in Barcelona and the newly designed residential units now consist of five floors, designed using a timber framework supported by a reinforced concrete structure. 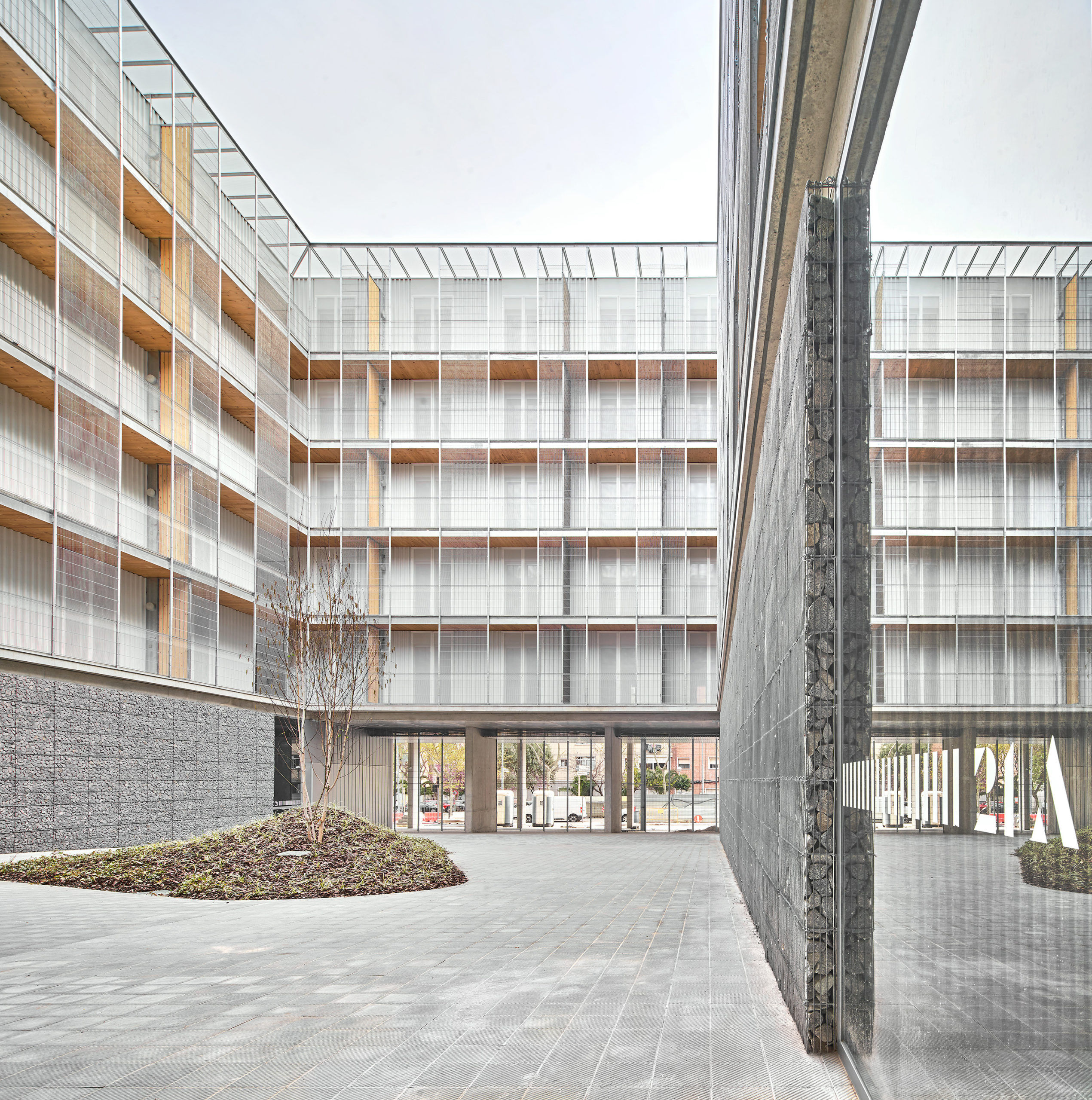 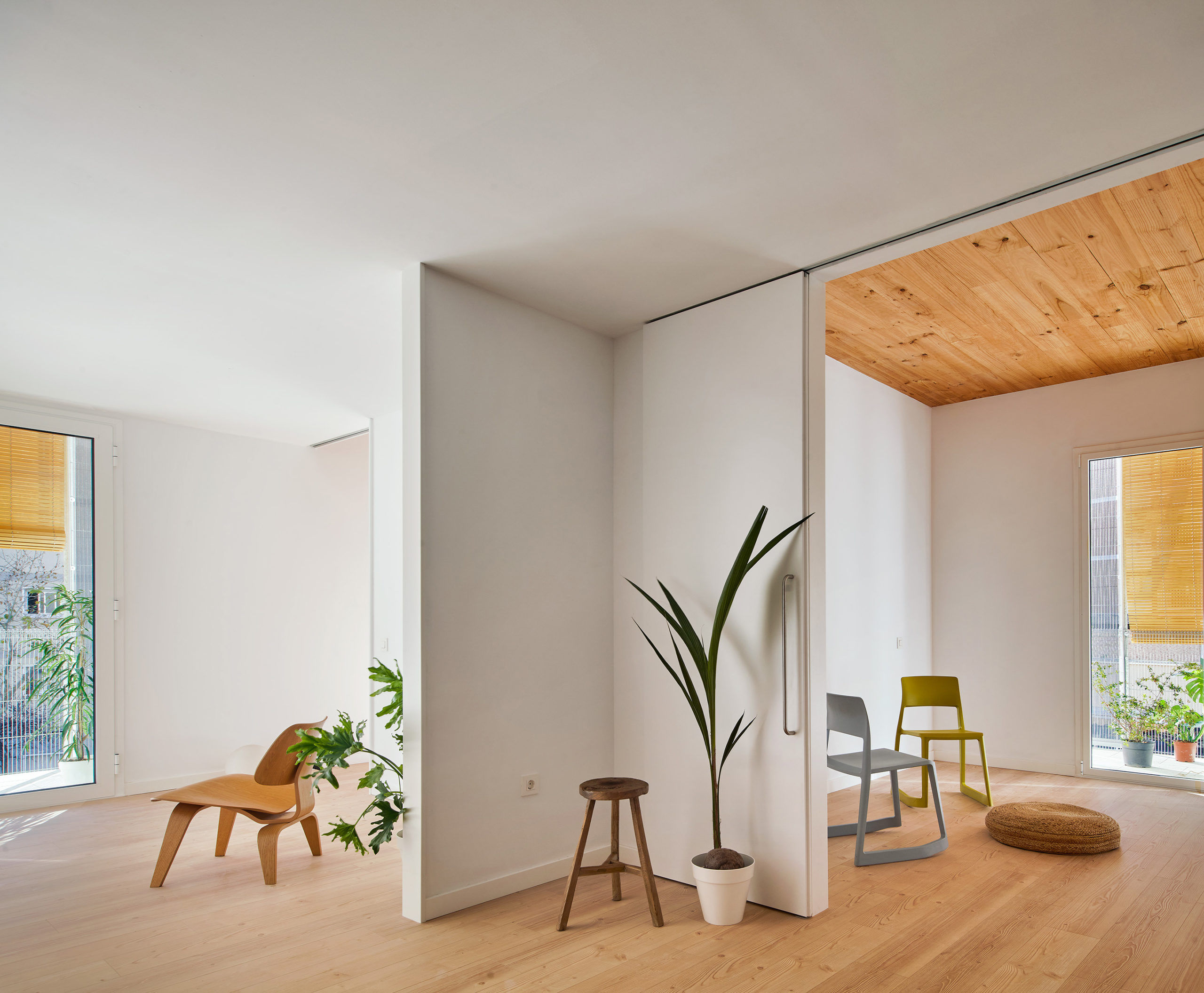 We chose to work with wood due to the possibilities it offers for industrializing the structure of the building and improving both the quality of construction and the time it takes, and the positive reduction of emissions you get with a totally sustainable material”, explains José Manuel Toral, architect and co-founder with Marta Peris of Peris-Toral Arquitectes, and the architect responsible for the project 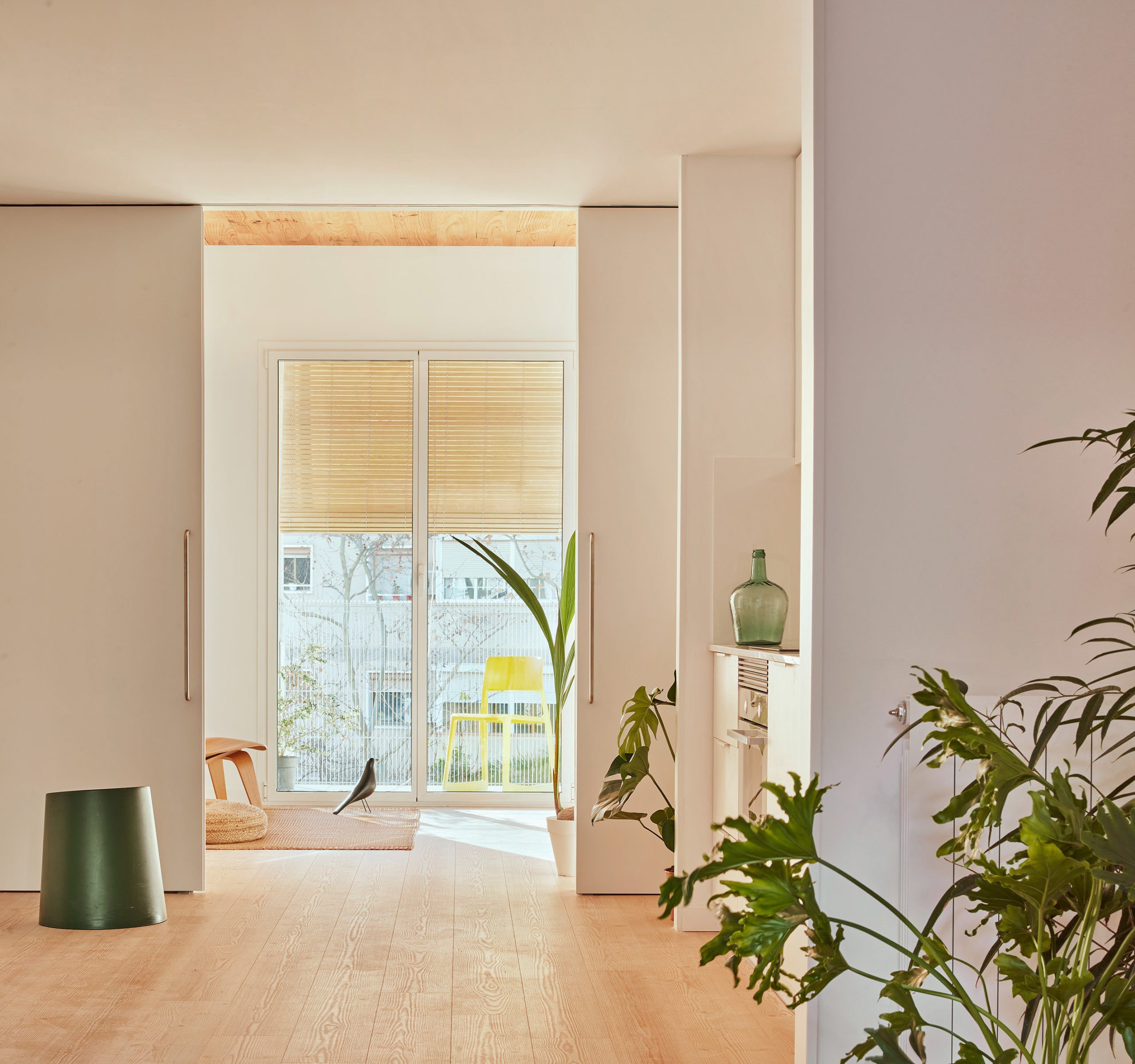 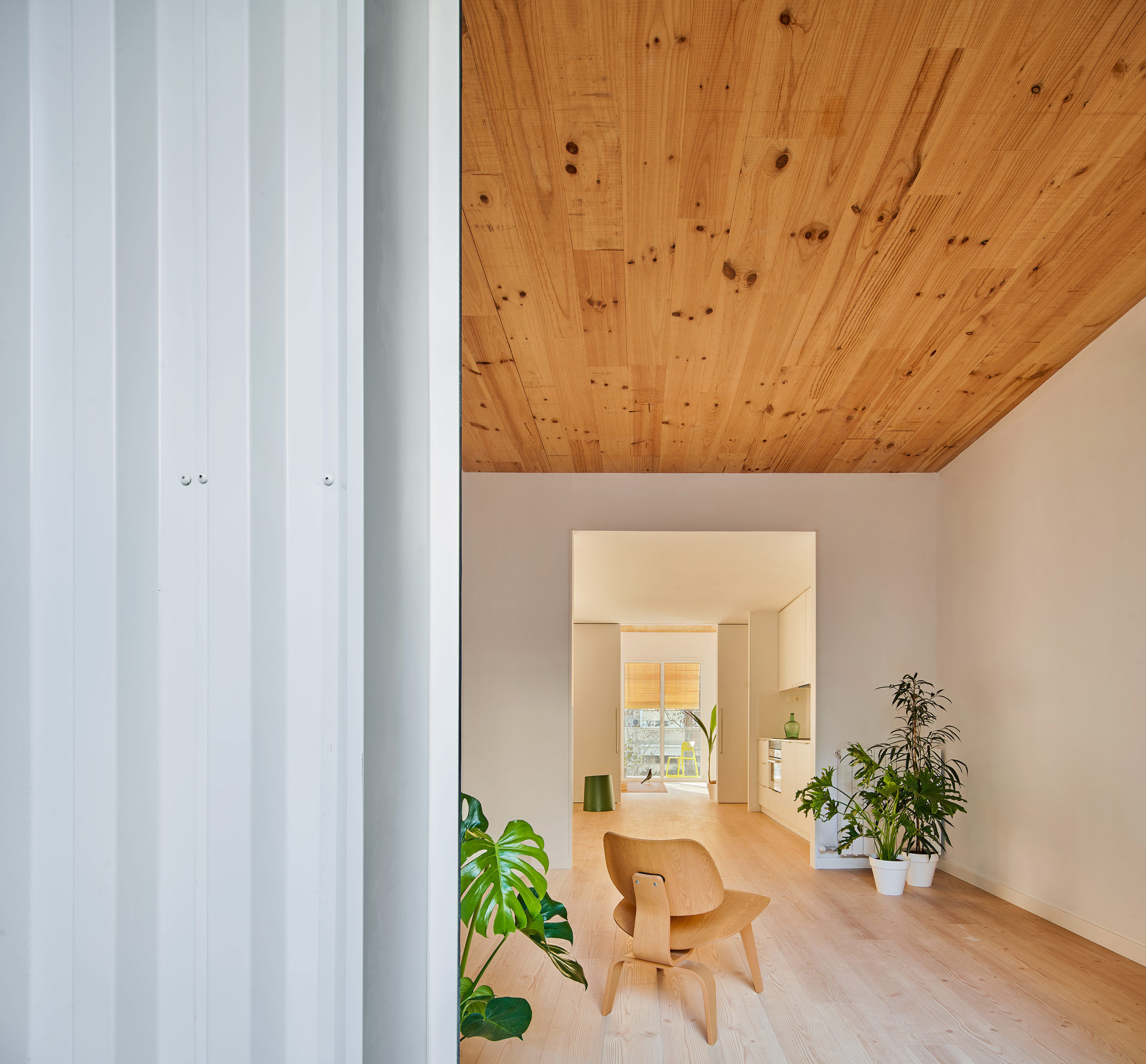 The residential units are arranged around a courtyard thereby linking a series of interesting intermediate spaces. Four communication shafts occupy the four corners of the courtyard space and they in turn act as an active community plaza, promoting interaction and association. The doorway of the building is an open portico leading to the city, which also filters the relationship between the outside public spaces and the inner communal courtyard area. Also, overlooking the courtyard is the access to the dwellings via the private terraces that make up the ring of outdoor spaces, located on the typical floor. Another terrace in the outer ring completes the spatial sequence, the row of spaces interconnected by large openings, permeable to air, sight and movement. 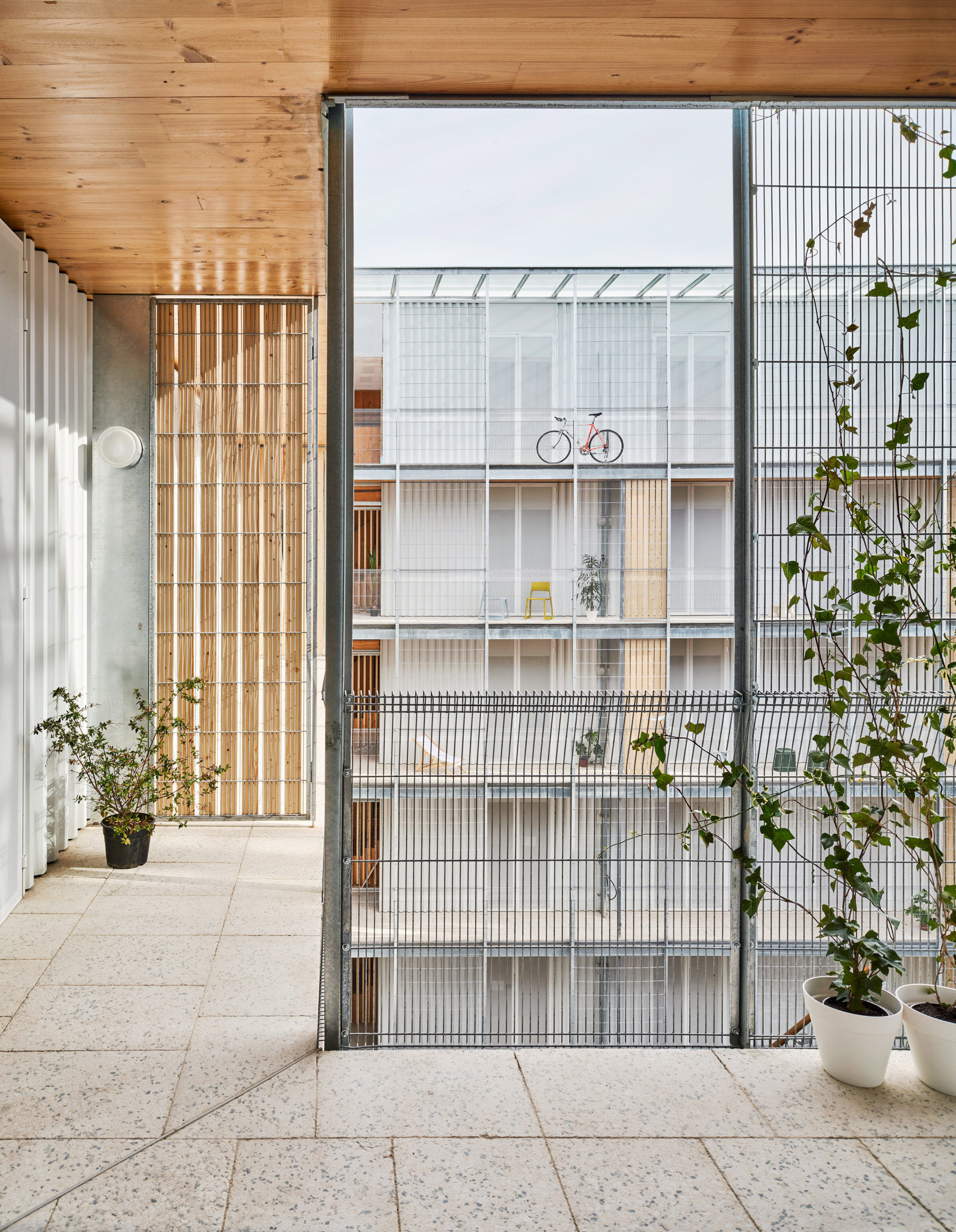 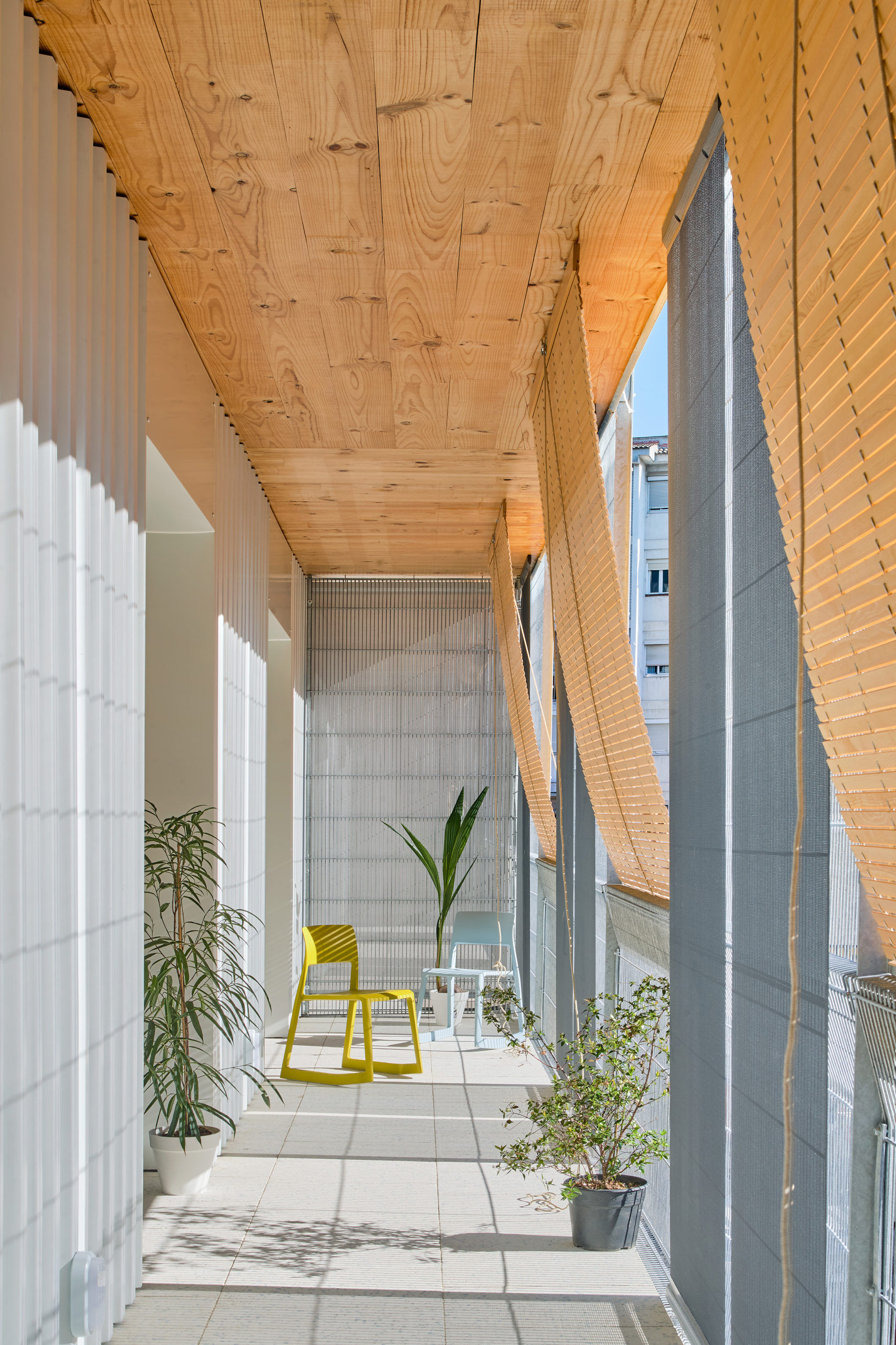 The distribution of the 85 residences tabulates to a total of 18 units per floor, arranged in four groups. To promote cross-ventilation, circulation and dual-orientation, all typologies have four to five houses laid around a single nucleus. Further, the server spaces are arranged in the central ring while the rest of the rooms, of undifferentiated uses and size, approximate 13 SQM, run along the façade, presenting themselves to different forms of occupation. 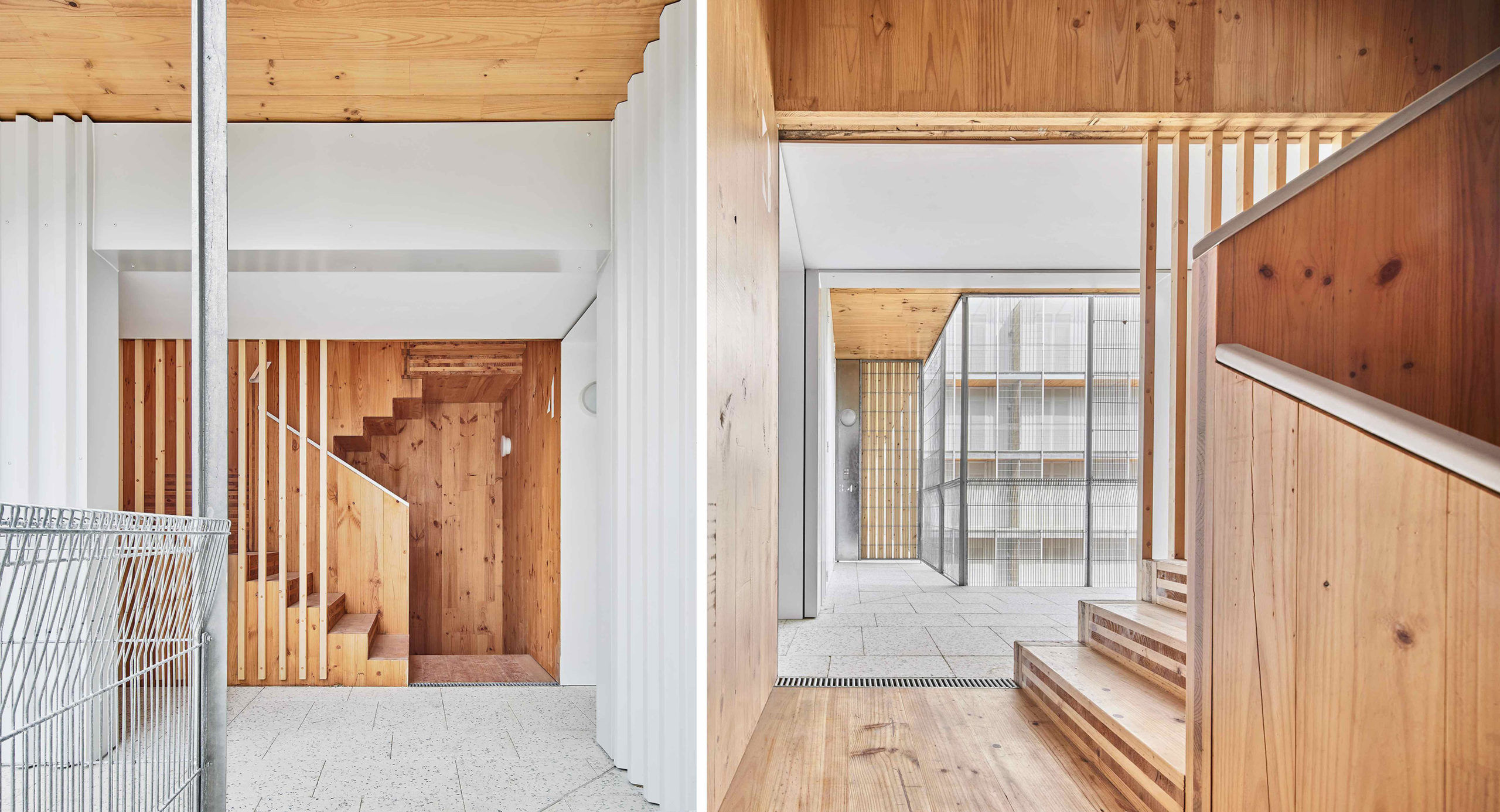 Each of the dwellings contains five or six modules, respective of the differences in being a two or three-bedroom unit. An inclusive, open-plan kitchen is located in the central room, acting as a distributor that replaces passages, while making domestic work visible and avoiding fixed gender roles. Due to the project’s limitation and highlight of it being a social housing construction, the volume of wood has been optimized to 0.24 cubic meters per square metre of built area. 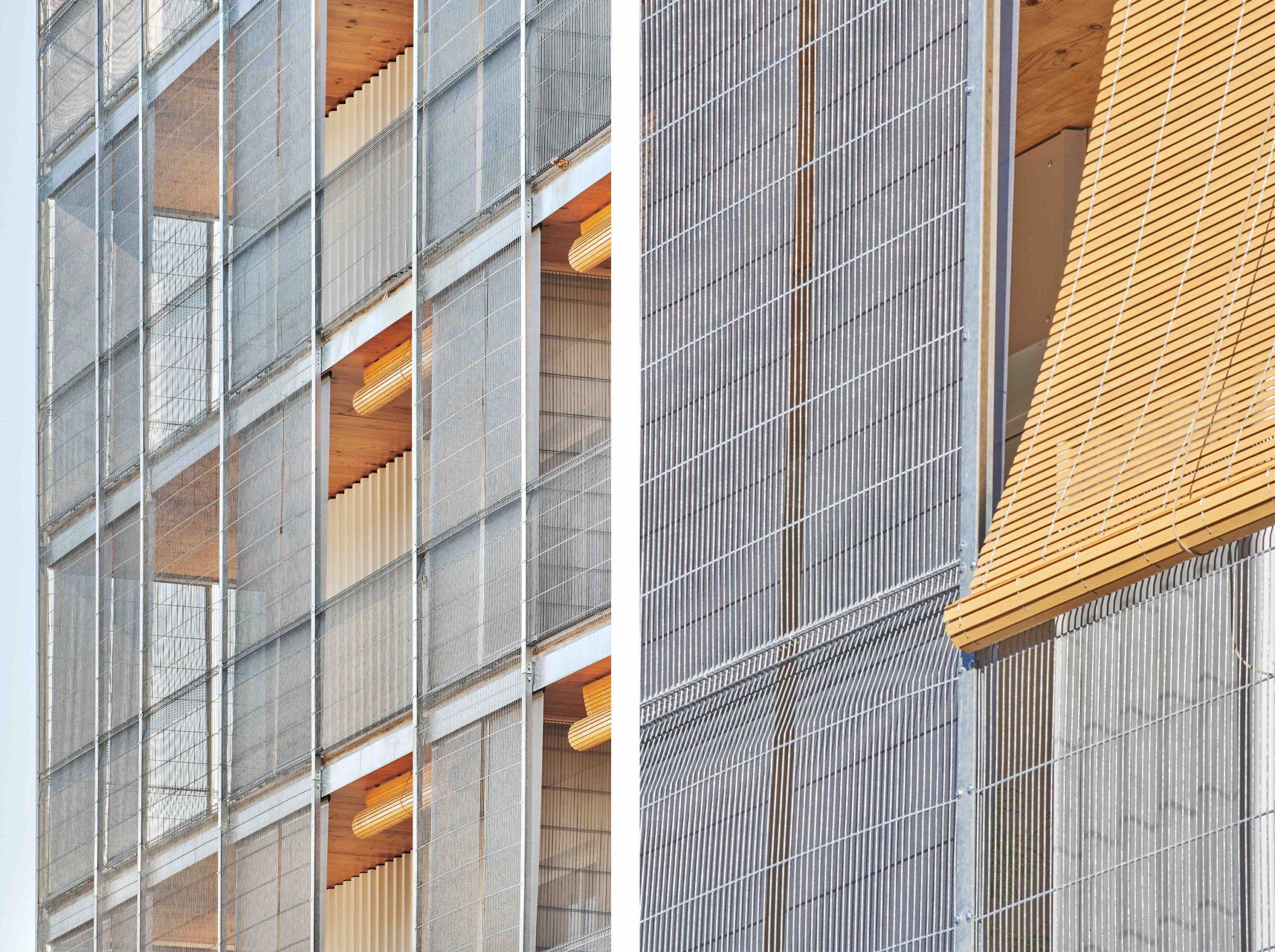 The Barcelona-based practice owned by Marta Peris and José Tora has created an exemplary example of social housing, that eliminates conventional layouts in an Apartment design while maintaining its efficiency and aesthetics. The firm attempts to grow its research base in collective housing and urban space with a line of thought that places the individual at the centre of action and makes the architect a social agent. 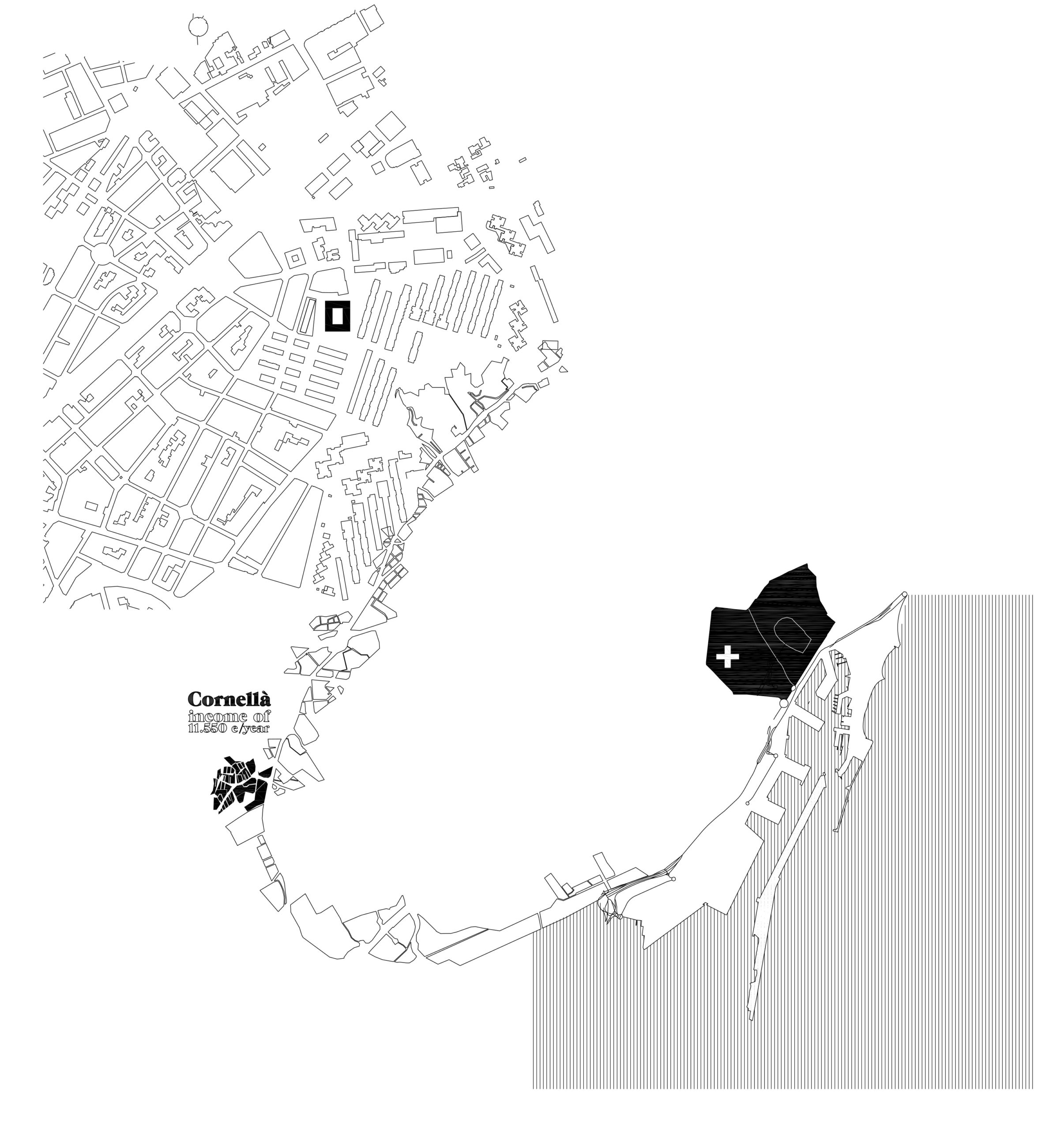 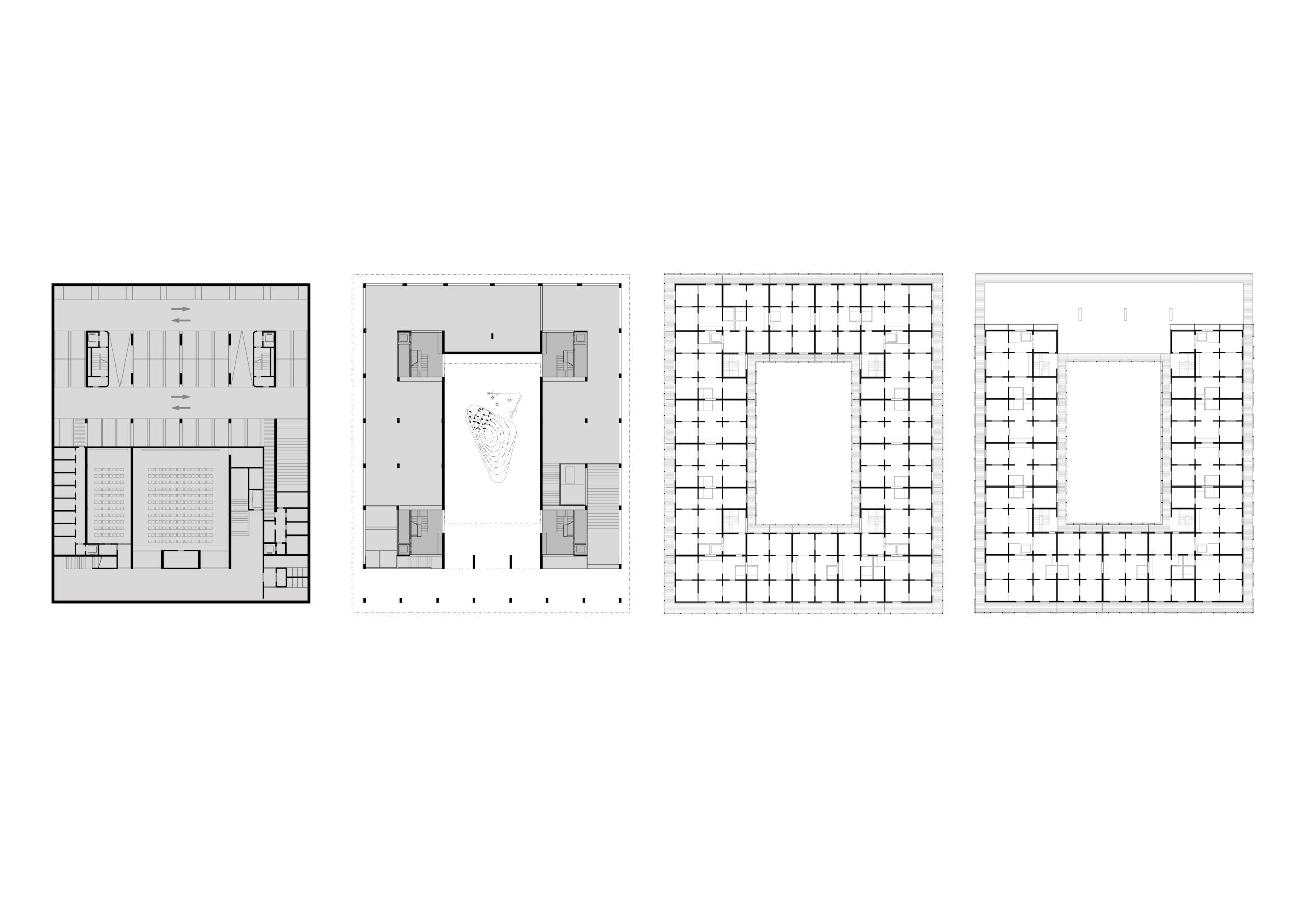 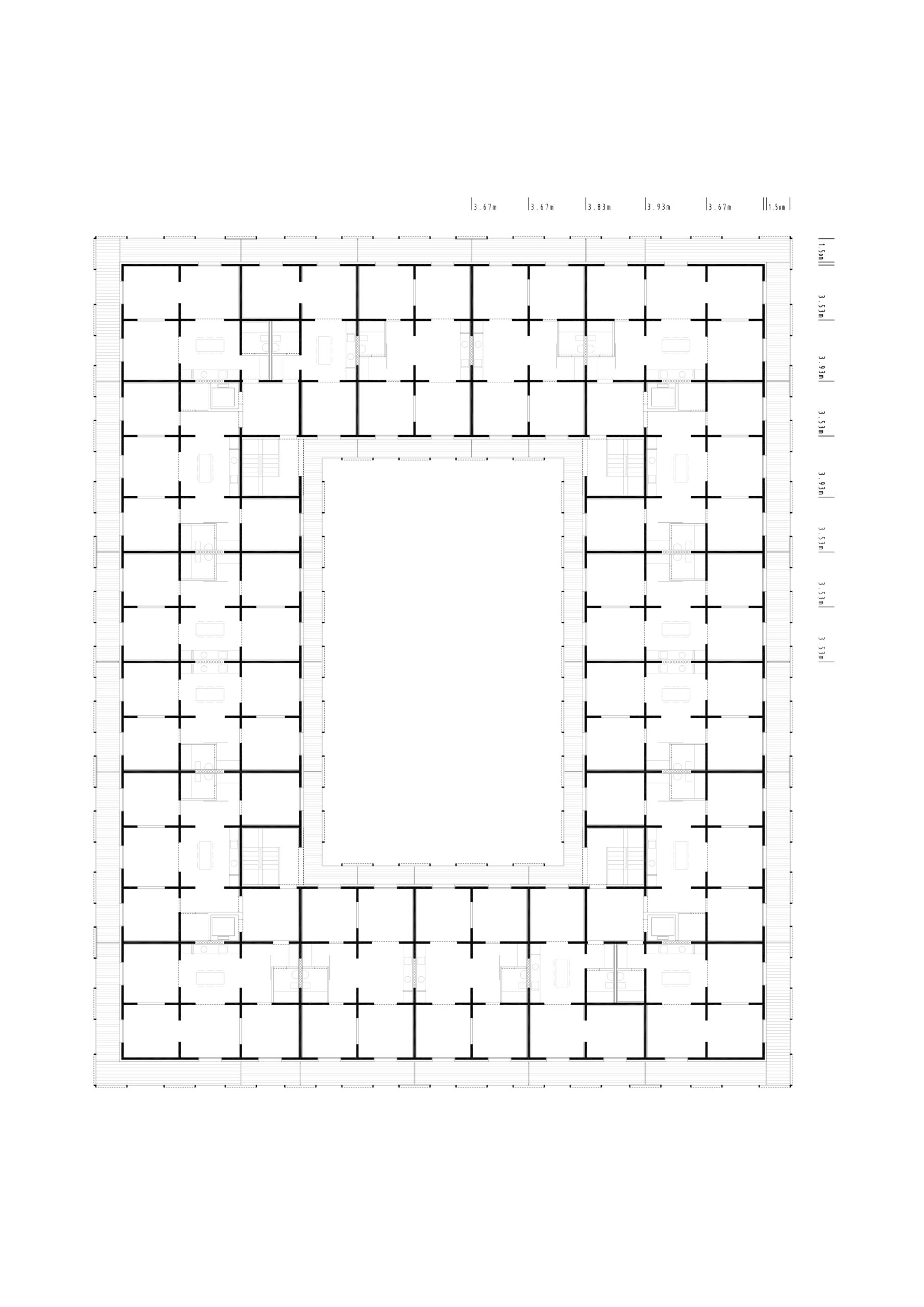 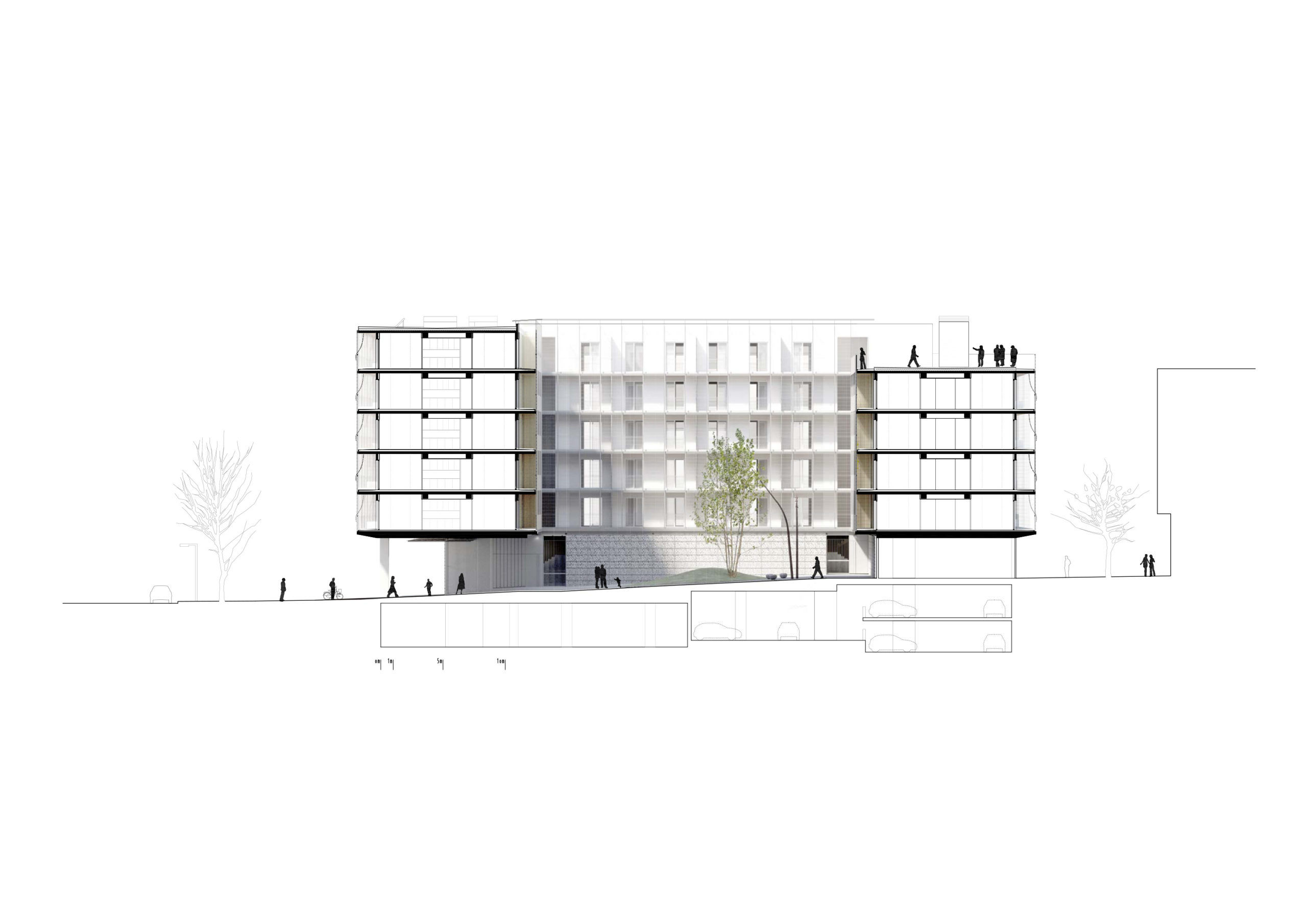 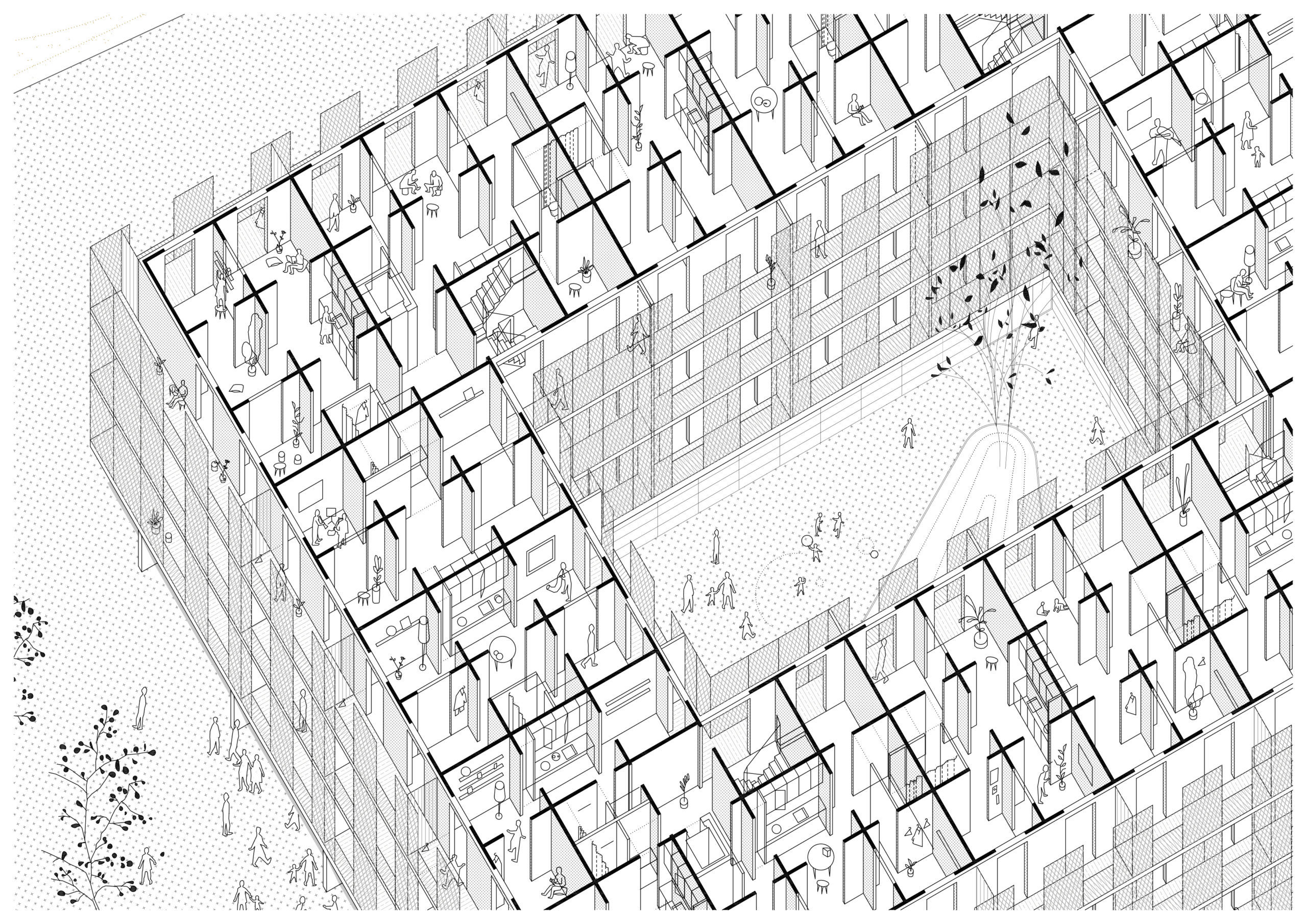