Architect Anand Menon, Co-Founder, ADND, gives us a sneak peek into his sketchbook. Strong lines, vivid colours, his canvases are inspired by the diverse architectural landscape of India. Here, we take you through some of his works inspired by India.

Arching Stairway
Partly inspired by the stepwells of Rajasthan, the artwork is part of a graphic series that explores the architecture of space in colour. The composition intends to create an imaginative space with strong emphasis on geometry and an interplay of colours. It is a two-dimensional abstracted elevation where the layering of the arched openings with staggered stairways creates a sense of movement. The volumes are juxtaposed against each other and the interplay of colours create contrast which gives a sense of depth to the artwork. 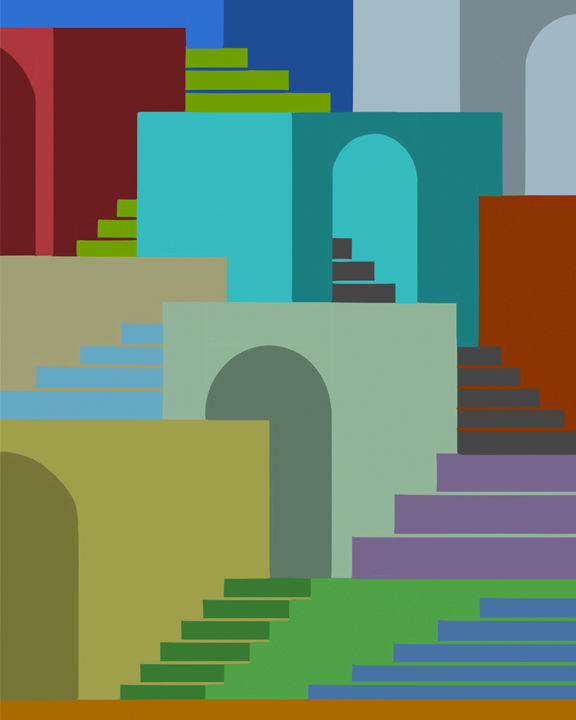 Translucent Illusions
India is a myriad of colours – A variety of hues in the form of cultures overlapping with each other to create new shades. The translucency in the curved walls creates a sense of illusion. As the colours are translucent in nature, they bleed into one another creating new colours. The stark black floor in the artwork highlight colours in the wall. The white edges give a certain sense of sharpness and sleekness to the planes.

Gallery of Arches
Arches have been an integral element of the Indo-Islamic architecture in the country. The artwork takes the simple form of the arch and uses it in multiple planes to create a visually exciting gallery like space. The monochromatic palette explores the purity of form, scale and proportion. Lines of perspective heightened by using a pinstripe pattern on the floor and ceiling to create a sense of depth and scale beyond.

Points in Space
It is an imaginary volume of multiple planes intersecting with each other to create a composition. The human silhouettes within the space at different vantage points connected by white lines depicts how mind visualizes points in space and the connect between them. The artwork serves as a reminder that you are never alone in the second most populated country in the world. 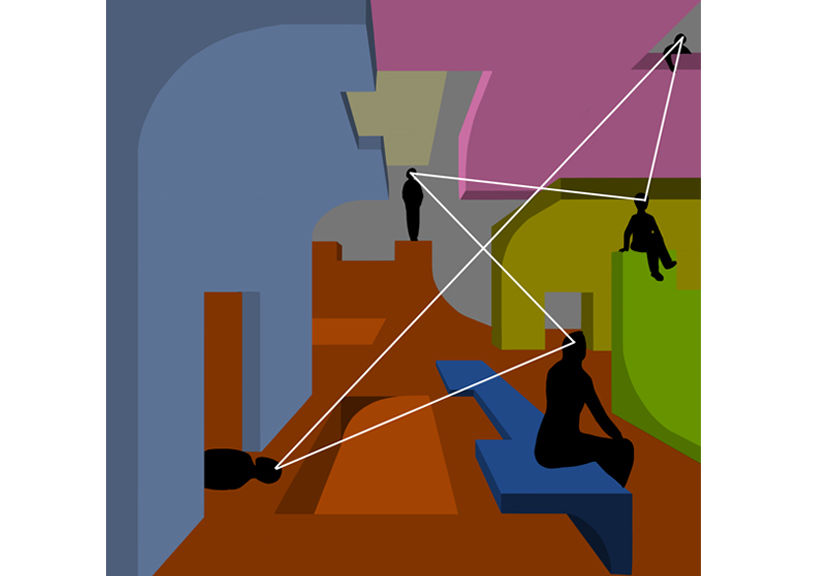 Secret Garden
The decline of open spaces, play areas, and gardens in a city like Mumbai serves as inspiration for this one. This artwork is an expression of a secret garden set within the urban fabric of a city. The human elements bring a sense of scale to the artwork. The hot air balloon suspended on the right adds an element of playfulness and motion. There is a strong interplay of colour that contrasts with the green in the space.

Colourscape
An extension of the ‘secret garden’ is an abstraction of space and volumes which are juxtaposed against each other. The spheres placed at different locations within the space establish an invisible connect between. Punctures in the walls and cut-outs in the volumes create a sense of depth, a mystery of the space beyond. The giant white sphere is precariously positioned at the edge of the wall to give it a sense of delicate balance. The play of colour makes the space visually engaging. 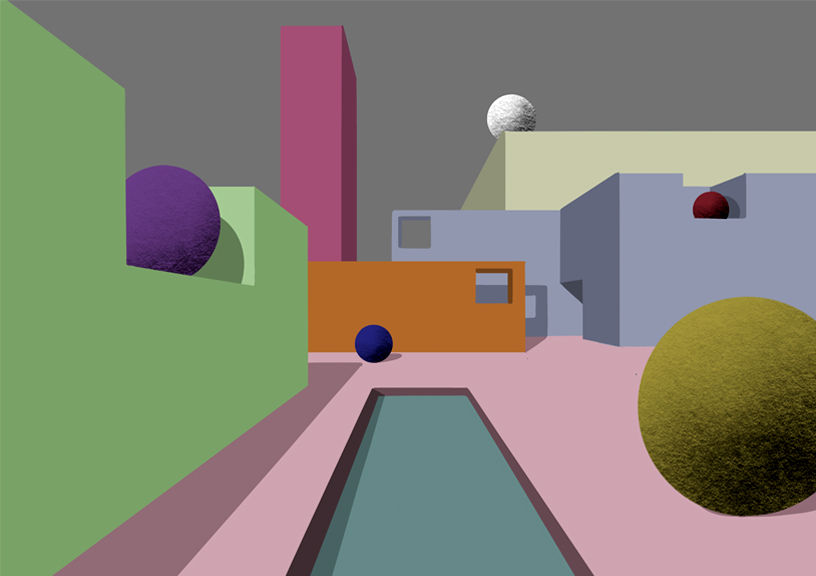 Levitate
It creates a sense of motion in a static image. The play of light and shadow caused by the cut-out in the planes adds depth and drama to the artwork. The raw texture of the walls as opposed to the smooth texture of the sphere create a sense of contrast and balance.

Antilia to Villa Leopolda: 10 of the most expensive houses in the world

The A+D Christmas Gifting Guide: ‘Tis the Season of Gifts