Safdarjang Residence by AKDA is an Ode to Louis Kahn

The architectural language used in this apartment building designed by Amit Khanna Design Associates strives to recreate a much-needed sense of calm within the urban cacophony.

The project is an apartment building developed by a family for private use. The facade of this building—a monumental circular aperture within a square brick screen—could be seen as a response to the context or a reflection on materiality. However, what it truly represents, is an ongoing conversation in the history of modern architecture in India. 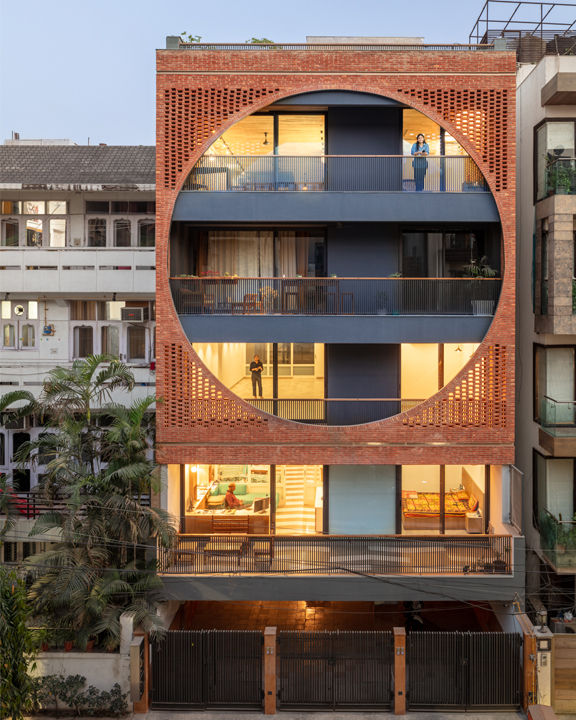 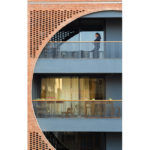 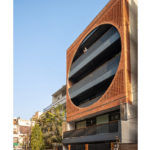 This building is an ode to Louis Kahn and his idea of how a building should be. It is the latest chapter in a millennia long conversation about the meaning of architecture as conveyed through form. Within the urban cacophony that permeates all large cities of the world, it is important to create spaces for quiet repose, and the architectural language used in this building strives to recreate that much-needed sense of calm.

Consisting of four apartments elevated above a parking level, the property is hemmed in by neighbours on both sides. The 30ft width of the building is its only source of light at both ends. The floor plans of the apartments are reductive, with all services concentrated in a core on one side of the building, including the staircase, elevator, three bathrooms, the kitchen and both bedrooms. The other longitudinal half of the building is an expansive living space, that is illuminated by the full-length windows on either end. On the top floor, this open space is punctuated by a courtyard that is open to the elements. 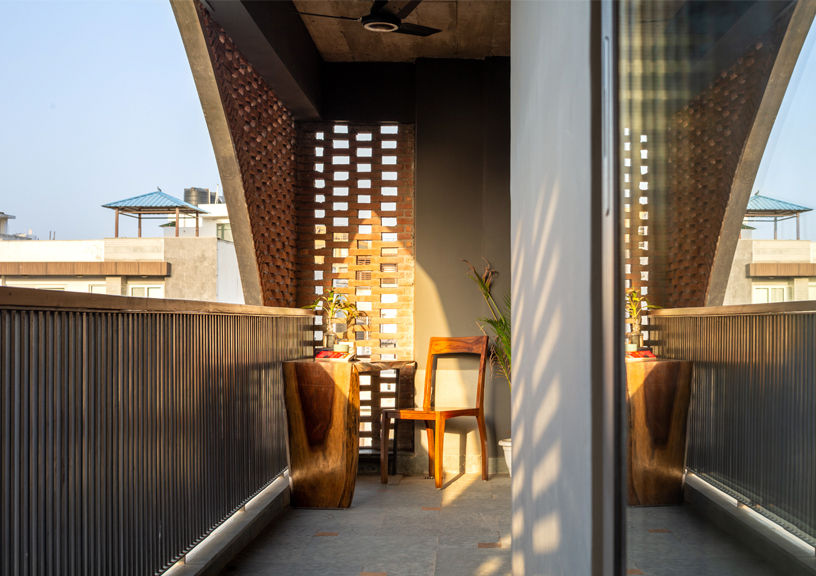 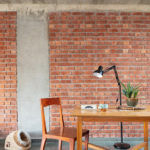 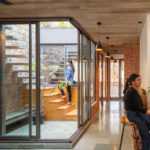 On the facade, thin brick tiles are supported by a framework of crisp stainless-steel profiles, both acting as a tension ring within the void and as supporting angles on the top and bottom of the screen. The entire brick screen is elevated off the ground level, proportioned to be a perfect square circumscribing a circle. The exposed side and rear walls are finished in an exposed grit wash set in white cement plaster.

Within the interior, exposed brick walls contrast with the board-formed concrete of the slab. Locally sourced Kota paving slabs are used for the flooring of the interior, sprinkled with mustard yellow Jaisalmer stone in the courtyard and the bathrooms. A stainless-steel counter in the open kitchen is offset by blue handmade tiles in the backsplash. The open kitchen itself sits opposite the open courtyard, animated by 2” thick Kota stone steps cantilevered from a quartzite wall that rises to the sky. 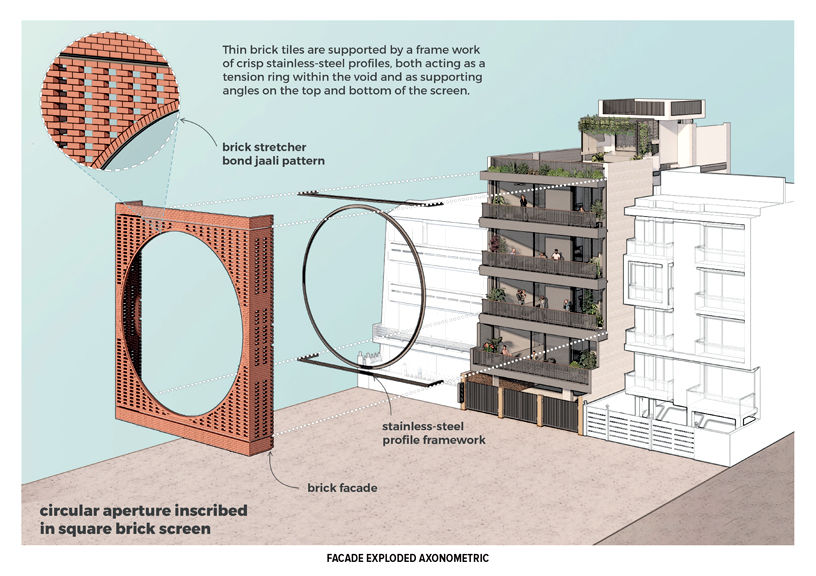 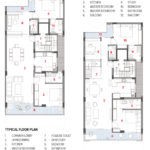 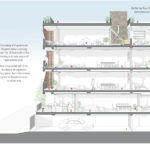 The project illustrates an evolving understanding about the durability of materials in our harsh climate. Brick is inherently durable. Clay bricks last almost indefinitely, being largely immune to fire, wind borne debris, and temperature fluctuations and their exceptional thermal mass helps mitigate heat transfer. On a TCO and lifecycle basis, bricks outperform almost every other building material, effectively reducing the environmental impact from other systems like air-conditioning and heating.

Every component of the building has been selected with the same parameters of high performance, inherent robustness and energy efficiency. Aluminium windows with double glazing are used all around, the terrace is insulated with inverted pots overlaid with terracotta tiles, the air-conditioning uses variable refrigerant volume based on active monitoring of indoor use, and LED lighting is used throughout the building. Sensors are fitted in the washrooms, and they automatically control the lights based on movement and ambient light conditions. The apartments are secured with a keyless central security system with digital access. 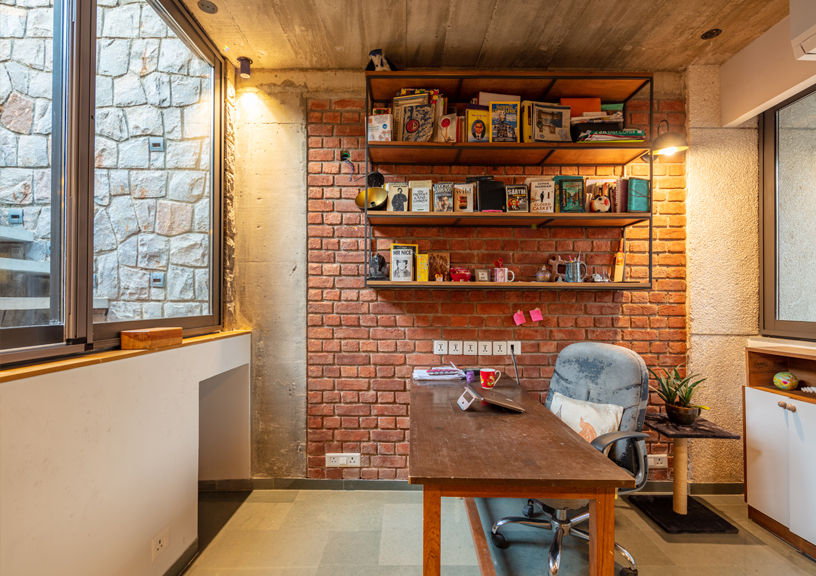 The quality of buildings in the post-independent era of India has always been a source of debate, as modernist predilections of design ideals forced the abandonment of traditional craftsmanship in the pursuit of bland simplicity. This project seeks to up-end those ideals, fore-going modernity in the pursuit of sustainability, meaning and craftsmanship.