The project designed by Design Forum International aims to achieve a significant intensification, strategic planning and a unique character for positive urban growth and natural orientation to the city.

The project is an integrated urban redevelopment plan designed for the city of Amritsar in Punjab. Symbolic of religious destinations in India, the Golden Temple with its history makes it holier and a huge destination for tourists and follower from across the globe. The new redevelopment model for the railway station addresses a greater context, focusing on a comprehensive design that addresses the immediate surroundings of commercial, logistics, residential as well as office buildings adjoining the station. 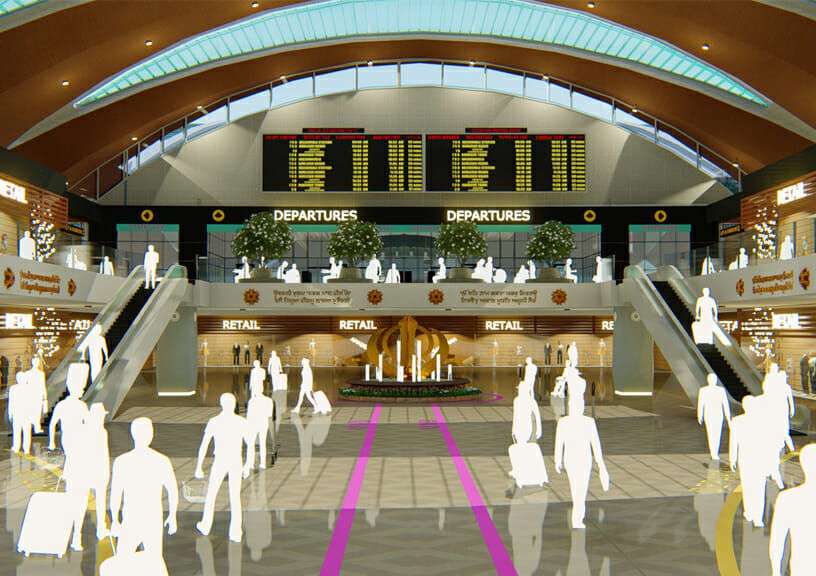 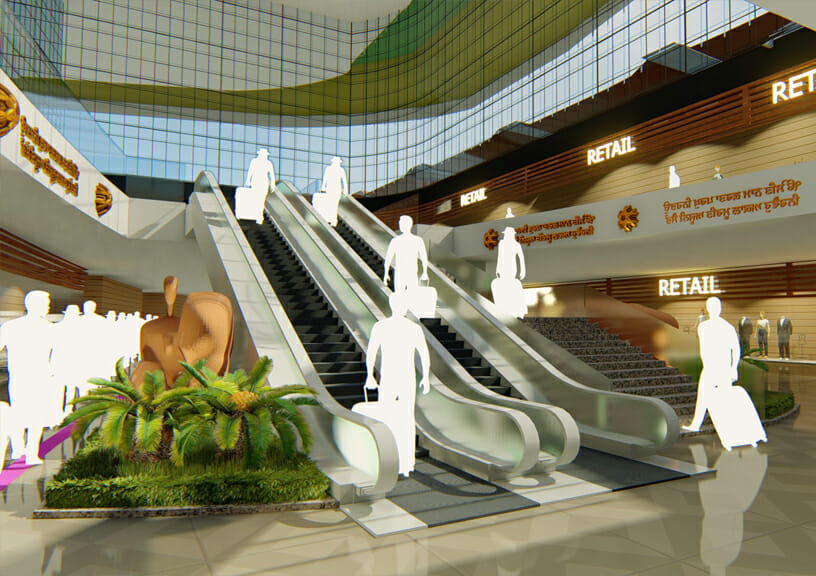 The Golden Temple or the Gurudwara attarcts visitors from all over the world. The footfall all around the year makes the railway station one of the busiest in terms of passenger movement and train traffic. It caters to nearly 30,000 people who utilize it for the daily commute. A detailed analysis demonstrates that this vast and multi-connected railway system is falling behind on physical substructure, and is a vital site for redevelopment. The lack of infrastructure does not support the rising development, urbanization and the growing demand for facilities to cater to the sizeable travelling population.

The new design of the railway station envisions a modern world-class infrastructure with architecture that celebrates Amritsar city as the gateway to the holy ‘Golden Temple’ and is a global inspiration. A prototype of the future of the railway system of the 21st century in India, the redevelopment project offers an integrated urban masterplan that will outline a unified design vision of the city’s transport system. It incorporates a long-term strategy that will act as a catalyst for urban growth, setting in place the foundation for sustainable development. 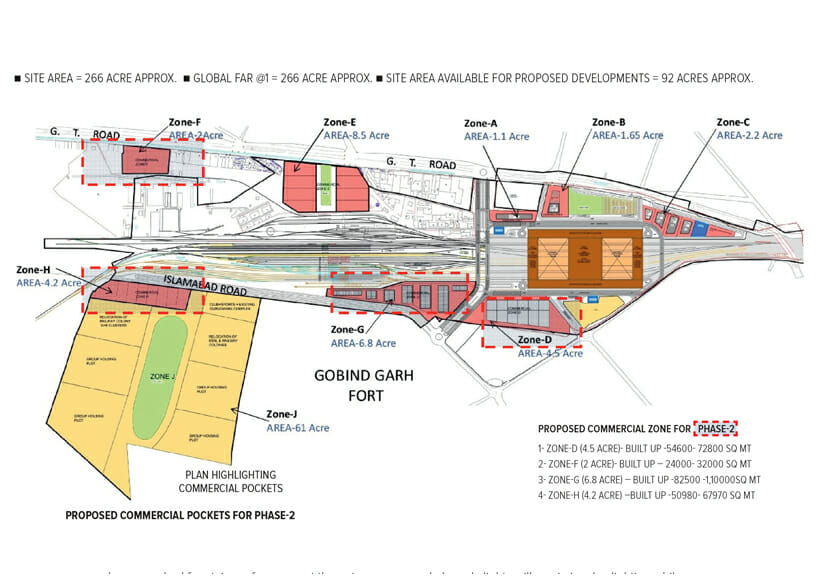 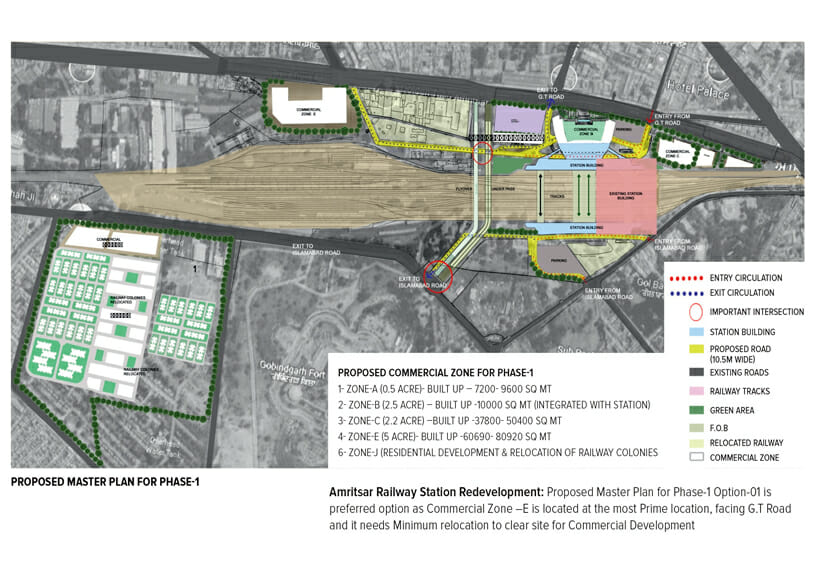 Designed in response to the local context, the new masterplan draws on the high density compact urban model of the old quarter of Amritsar, with its mix of uses and comfortable walkable zones. The project aims to achieve significant intensification, strategic planning and a unique character for positive urban growth and natural orientation to the city.

In collaboration with the Indian Railway Stations Development Corporation Limited (IRSDC), the Amritsar Railway Station is intended to be as developed as an artist’s impression dedicated to the faith and belief of the pilgrims. Developed as a Public-Private Partnership (PPP) model, the master plan will boast world-class facilities for passengers such as advanced horizontal and vertical systems of transportation (high-speed lifts and escalators), designated spaces for collecting and parking trolleys and various retail outlets within a large central lobby and a ‘Khanda’ fountain that is representative of the sacred nature of the city. A green project, the process of redevelopment will include various principles of sustainability. Granite flooring on the platforms and sensory tracks painted with an epoxy finish will protect the rails against corrosion, provide high resistance and ensure proper maintenance of stench-free tracks. The underground disposal network system under the concrete layer of tracks system will ensure self-cleansing rails resulting in a hygienic and odour-free environment. 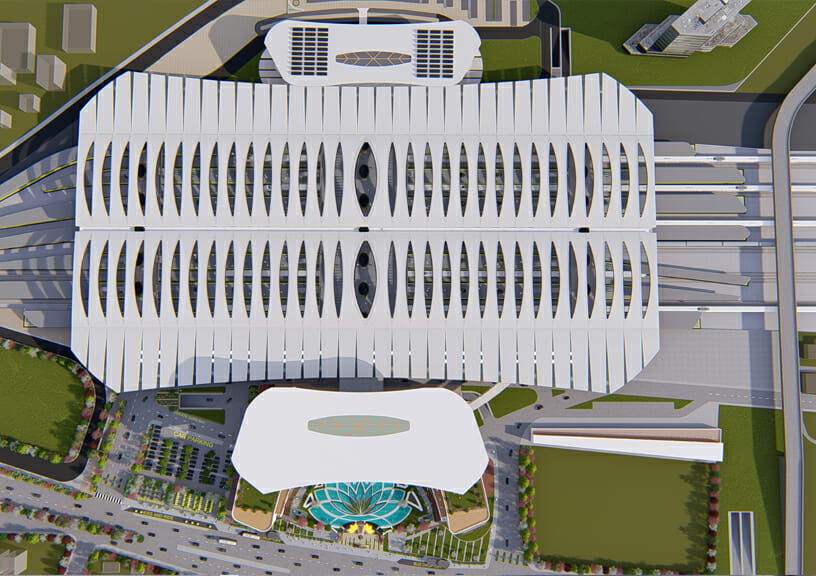 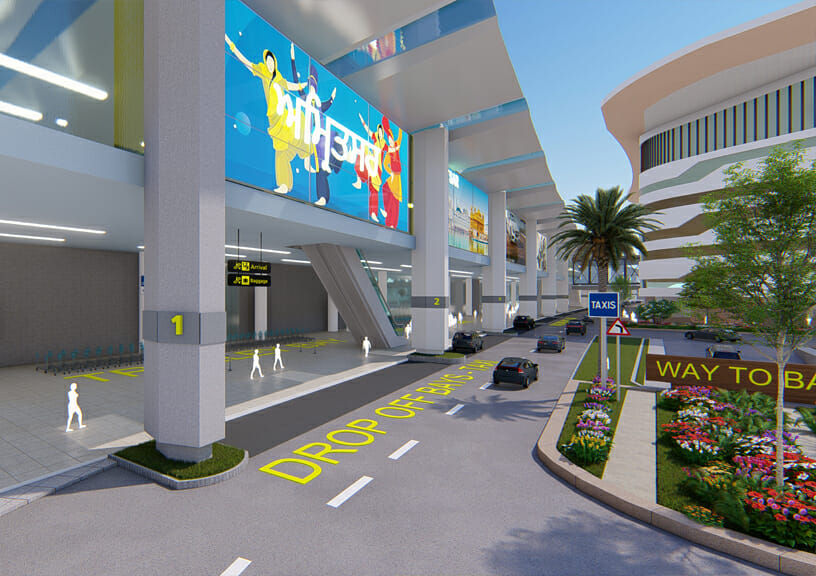 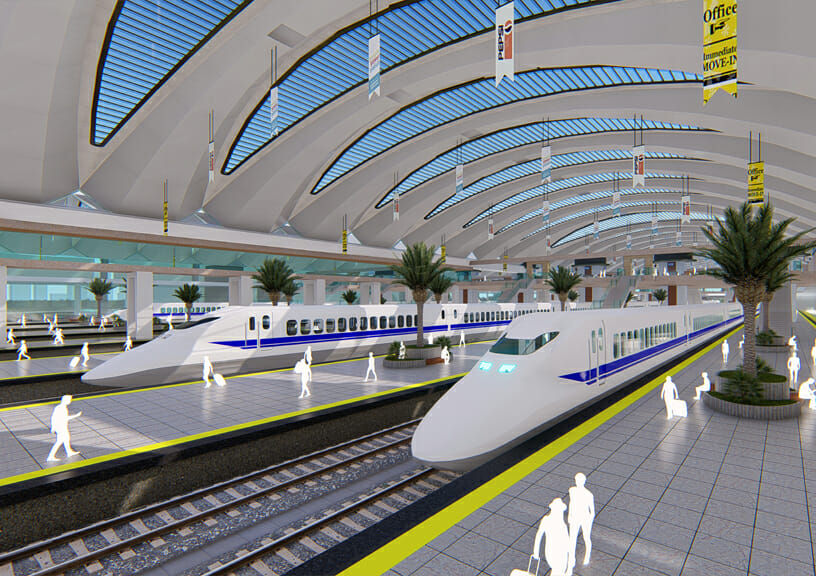 The railway station sits between parallel to the major GT Road. The concourse will provide the entry to the station that will allow 50 cars to enter and exit the station at a time. Covering a sweeping area of 22,240sq m, the concourse will ensure ample and designated parking spaces with 1000 ecus. Provision of Intermediate Public Transport Intergeneration (IPTG) will provide proper parking space for public transport and designated pedestrian routes. The unique, ancient Sikh architecture interpreted at the entry will bear a vast symbolic lotus pond supported with columns, and designed with lotus stems with a magnificent 60m-long water body integrated with a choreographed fountain performance at the entrance plaza of the station.

Another entry from a large retail space located at the G T Road will lead straight to the station. A proposed secondary entry provided at the later stages after completion of the project will lead the travellers and passenger straight to the Golden Temple and Jallianwala Bagh.

The safety and convenience of the passengers as the epicentres behind the proposal of the redevelopment, the design of the railway station aims to capacitate larger population density in quicker time with 72 security inspection checkpoints. Considering the hygiene quotient, the checkpoints perhaps will also act as screening zones. The comfortable ambience inside the station with platforms covered under a single roof, the revamped interiors of the station will have proper systems of lighting, signage and modern amenities. The waiting areas and lounges will have 1500+ seating with customized furniture, kiosks for refreshments and outstanding amenities with special services for the old and specially-abled passengers.

The construction process of the project will cause no inconvenience to the passengers, road commuters and residents of the neighbourhood. The continuous barrel vault roof of the station will have inverted sprinklers providing automated cleaning and cooling to the top, decreasing heat island effect. The solar panels installed in the roof will give clean energy to the potential autonomous building of the station and glass skylights will maximize day-lighting while reducing dependence on electrical lighting. 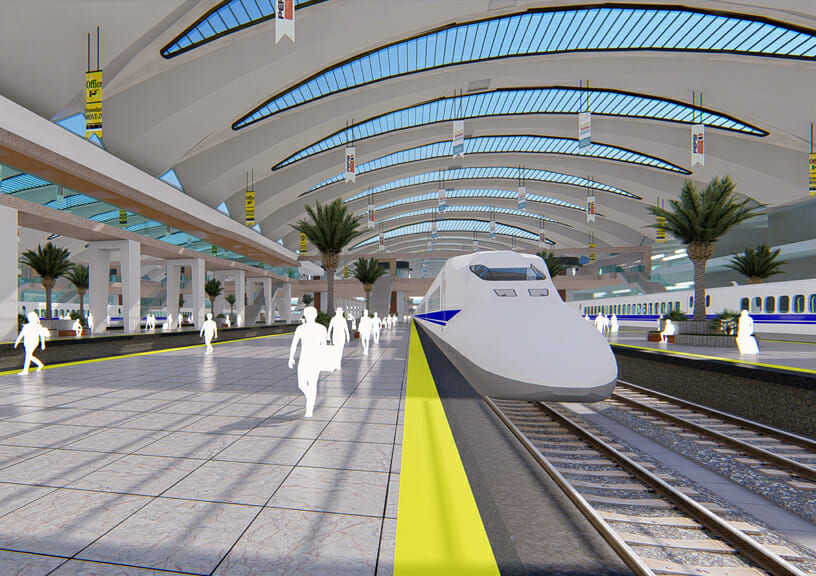 As a city with structures that hold historical and mythological importance and as a central station for the famous Shatabdi Express, Amritsar has a significant footfall all around the year. Anticipating the proximity to the border, the city experiences little investments. However, Amritsar under the smart city development program shall experience improvement in its peripheral infrastructure. Therefore, as a potential project to boost real estate investment, tourism industry development and employment, the surplus land will house stand-alone shopping centres, office and hospitality projects with broader road infrastructure. Four-star rated and low budget hotels will provide accommodation to travellers, backpackers and pilgrims.

The comprehensive plan extends from the design of the stations to using the latest technology and materials and creates distinctive streamlined forms. The emblematic design of the shed and the aspects of Sikh architecture will echo in the city’s branding concept creating an instantly recognizable image for the new transportation plan while expressing a unique sense of place.